Last weekend we had the farm first visitors. One of my husband co-worker brought his delightful family to the farm to visit the hens that were providing eggs for the summer.

I was pretty proud to show them what we are doing here even though it's not going fast enough and there are still plenty of things I would  love to do better or to make better.

(all pictures are copyrighted to the Cormier's family, I do not hold the rights of these pictures) 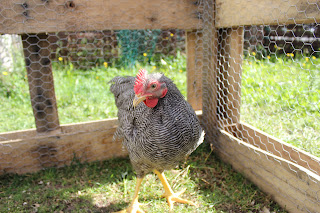 I was really happy to have visitors. I wish we can do that more often!

Posted by The Cat Lady/Domaine Coquelicots at 9:45 AM No comments:

I've probably already said but geez I L.O.V.E canning.
Canning is like the perfect food preservation process to me, really.
It's ecological as you normally do it in big batches and that way it takes less energy to can it.
All the jars, mason ones, are fully reusable. You normally can things from your garden or from the local producers.
It's economical - you normally can things from your garden, hence free or very cheap.
(Apple filling for 0,44$ a jar - checked!)
It's better for your health. You know what you eat 'cause you grew it yourself.
I can everything : plain veggies, stews, salsa, fillings, jams, soups, sauce, the list can go on and on. No need to worry as it won't spoil - no no no ... no electricity needed, no freezer, no what ever. Just a cool dark place.

Posted by The Cat Lady/Domaine Coquelicots at 8:35 AM 1 comment:

Leon died tonight.
I don't really know how.
I found him.

It was my first encounter with death. Face to face.

I am scared to life. I still can see his face, eyes open, open mouth in a very strange position.

I am a very sensitive person and I think this incident have scarred me for life.

Now I have tons of questions.

What did I do wrong?
Will my other cats be infected by the thing he had.

Of course, Leon was a dropped off cat. I arrived one day (two weeks) ago and that poor kitten was waiting so dirty and skinny in front of the barn.

I tried to fed him the best that I could. Nothing really worked it seems.

After my friends left tonight, I went in the barn and Leon was not there in his normal spot.
I felt in me that I had to find him, I search everywhere and when I arrive close to the barn, I saw some vomit spot. Plenty.
I saw him then, laying there between the wall and the hay. Dead.

It was a shock, it's still is.
I am sick to my stomach.
I try to forget the image, I just can't.

That's an image I wished never see in my life. Of course being there on a farm put the probabilities to a new high.

I was telling a lot of people that I was unhappy of never have found Isis's body... well I change my mind. I am very glad to be in ignorance. That's a kind of image I don't want to deal with.

Edit: I talked to one friend who made me realized that the position he was in was probably 'cause he was playing and fell, since he was weak he probably broke his neck. Fast death.
Posted by The Cat Lady/Domaine Coquelicots at 12:51 AM 2 comments:

Winter has and will always have the nerve to come in our lives when we expect it the less.
I mean, come on, one week ago I was still in flipflops and shorts outside ... Today it was 6 outside. Yup, you've read right! 6 degrees!

When you are not a farm owner, 6 degrees in the early Fall is nothing to worry about, yeah, you take out your coat earlier but heh, it was a nice summer after all.

When you are a farm owner, 6 degrees means a possible freezing point in the night ...

That's what we did. Today after work husband and I ran like crazy to put the rabbits to "safety" or should I say to "warmer" place. 3 hours later, by the light of a flashlight we managed to bring the 4 fellas in a warmer part of the barn.

I can't help but worry. I put some blankets all around hayballs, the cats are sleeping all pilled together ...

And Soleil, keeps looking at me with sad eyes ... seeming to tell me "why the hell don't you let me enter in the big house?"

'Cause I simply can't.

If I could ... I would totally be the crazy cat lady.
Posted by The Cat Lady/Domaine Coquelicots at 8:45 PM No comments:

We finally had time to build that pen we badly needed for the hens.
It's 10X10 feet and it has been made (personal pride here) with reclaimed wood. The only new material part was the chicken wire.

We took pallet wood that are super easy to assemble (like it's already made for you) and it took us like around 5-6 hours to set perfectly. All you have to do is to join the pallets together, then attach the corner to the structure and voila. Also, taking used chicken wire is not an option in our case. We could have also completed the pallets with some boards we have from other pallets. We made the door from boards taken from extra pallets we have (to give you an idea, each time we go to the city, we go in some places where we know they are throwing it away and we fill the car)

I wasn't able to help husband in every steps of the process. But I am glad we made it. We tried the pen with our Ameraucanas and they were pretty happy about it. 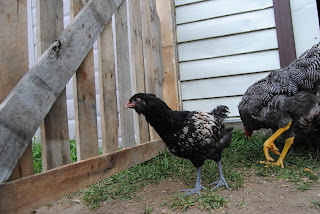 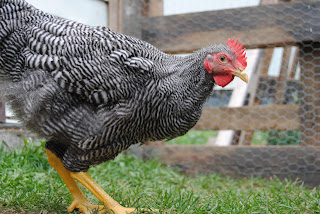 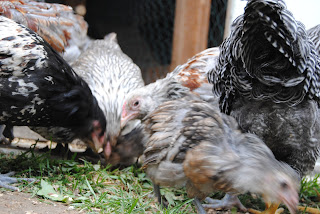 Posted by The Cat Lady/Domaine Coquelicots at 4:01 PM 2 comments:

Yesterday I was in a chat I am going often.

All of a sudden, a follow chatter that I know well came to me and said:
"Fleur ! (well that's my name here) yesterday Greenpeace came to my office and I was inspired by you and decided to join"

I am telling you this story this morning in all modesty. But to me it's a small victory. I am proud that my words are heard. Each person being touched by what we are saying being a small victory.

Most people tell me that being not able to have a child, I wouldn't leave much on this earth. Well, knowing that someone has been inspired by the way we are trying to live, my husband and I, in my humble opinion, is as relevant than the impact a parent can have on a child.

I am very proud and happy today.
Posted by The Cat Lady/Domaine Coquelicots at 10:55 AM No comments:

The Cat Lady/Domaine Coquelicots
I love cat, I can't help it, it's like that. I don't have kids, I have cats. When I moved to the countryside, I got plenty. Here are piece of life with my cats. As for my countryside life: I've been always in love with working on farm and gardening and stuff. We (my husband and I) are wannabe homesteaders.

If you read me, you probably read them ...